They are well paid: Medical doctors do their jobs and are not automatically heroes;and toilet paper does not belong to the essentials

A feeling of spring is in the air, the two-leaf squill forms bright blue carpets at the roadsides and on the meadows of urban parks, there are clouds, but it’s 14 degrees, even in the late evening. Normal traffic on the walkways of Berlin, and the adjacent supermarket is well equipped, only the toilet paper is sold out, which became a quite common curiosity in times of the corona-pandemic.

People are friendly, some couples and numerous single customers. Most of them discretely stay in an appropriate distance to each other, unfortunately only one cash desk was opened, making the forming of a waiting line inescapable. But the atmosphere was quiet, no scramble, enough space between the customers to keep their potential viruses with themselves. In front of me (at the end of this line) an old, slightly weighted woman, of a rather small height was waiting to pay for her purchases. As a Muslim, she wore a blackish grey headscarf, inconspicuously, modesty, visibly less mobile by foot, her hands like paws, undeniably a woman, who for her entire life was used to persistent and hard physical work, may be as her own housekeeper and educator of children. Her facial expression a bit grimly, she had a little bit to struggle to push her shopping cart forwards.

Suddenly a shrill scream, a nervous, but well articulated voice: “ For your own safety, stay in a distance!“. All people were startled by that noise, except of the older lady in front of me, who apparently was tired and since minutes sunk in thoughts. „Yes, I say it only, because I am concerned about your safety!“, the slim and tall woman in her mid-fifties, youthful short haircut, colored in violet and light blonde, flailed with her hands through the air, until she all of a sudden pointed her forefinger at the old lady, who finally, but still slowly, became aware that she was the stumbling block. Her lips quivered slightly, and it looked, as if she would need some power to mobilize her voice to express ber very reasonable defense.

The woman meanwhile had reached the cashier, and repeated an emotional: „I said it just for her own safety…“, while the cashier answered with a conversant voice, not avoiding a slightly disgusted sideways glance towards the old lady: „We will place a tag there to respect the distance rules tomorrow.“ She did not say: I didn’t see the old lady breaking any rules. She also did not mention: I will conduct everything that the other two cash desks will be opened immediately too in order to avoid such waiting lines. The cashier didn’t even think about performing any of such reasonable actions, she did not, because she was persuaded that accusations against old Muslim women are generally appropriate and true. The cashier was sure to know her candidates, while the permanently complaining woman with her upright standing violet tufts of hair was a hysteric racist, concerned only about her own safety and not for the one of others, considering people from a divergent cultural background generally not practising any nessesary hygienic routines and thus representing nothing else than a pure infectious potential on two legs.

Then the old lady found her voice, unexpected for everybody, and what a voice this was! Her „I did not….“ roared like a thunderclap through the store, and nobody figured out, how she would continue to express her innocence, because I interrupted her with an angry: „You didn’t do anything wrong.“, and again: „You really did not do anything wrong“.

I paid and found an empty storage area to bag my purchases into my knapsack. The old lady meanwhile had left the market, while the tall woman observed me, until she finally plucked up her courage to talk to me, saying something unexpected and never heard before: „It was just for her own safety!“.

Yesterday, chancellor Angela Merkel talked to the nation via a television broadcast. She said things like: „Its serious, take it seriously…“ or „we all lack the encounters that are normally taken for granted (Uns allen fehlen die Begegngngn (sic!), die sonst selbstverständlich sind)“. And she expained: „I believe deeply that we are up to the task, when really all citizens understand it as their task (Ich glaube fest daran, dass wir diese Aufgabe bestehen, wenn wirklich alle Bürgerinnen und Bürger sie als ihre Aufgabe begreifen)“. It was meant as comfort, but also as a constant reminder, as there seem still too many people acting too thoughtless. She continued: „Since the German unity, no, since the Second World War there had been no challenge for our country any more that depended so much on our common solidary acting… (Seit der Deutschen Einheit, nein, seit dem Zweiten Weltkrieg, gab es keine Herausforderung an unser Land mehr, bei der es so sehr auf unser gemeinsames solidarisches Handeln ankommt… )“. She exaggerates, and my dead grandma, who was a Trümmerfrau (rubble woman, who physically helped to rebuilt her destroyed city), would not agree. But the purpose of chancellor Merkel’s speech is clear: Please respect the rules in order to avoid a total lockdown like in other European countries! Journalists discussed the speech later controversially, some criticized that she avoided the use of the term „Ausgangssperre (exit lock)“, others lauded her reliable belief in sanity, presumably based on her natural-scientific education. And I agree that her speech very obviously considered an imminent exit lock as an Ultima Ratio only. 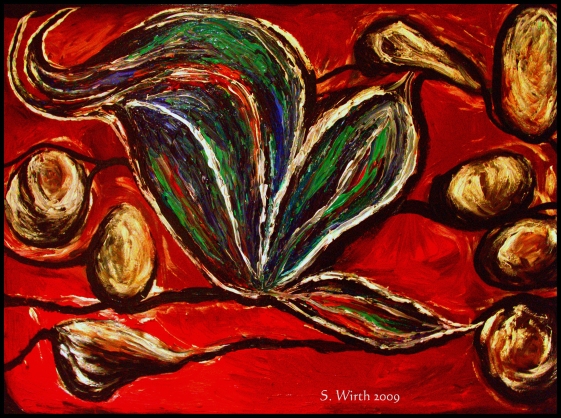 But I became skeptical, when Merkel stated: „Germany has an excellent health care system, may be one of the best in the world. That can give us confidence … (Deutschland hat ein exzellentes Gesundheitssystem, vielleicht eines der besten der Welt. Das kann uns Zuversicht geben…)“. She then continued by explaining that even our hospitals would be overstrained with too many acute patients the same time. And that she is grateful to all medical staff dealing with this crisis situation. Many journalists even go as far as praising our physicians as if all of them only worked unsalaried.

When our chancellor visits her physician, she will experience the highest standards in both, technical equipment with corresponding competence of the staff and the health care service itself. But this does not apply to everyone. Because not everyone automatically has access to these highest standards. Our health care system is an inequitable system. Patients with a private insurance get a better support than statutory health insurance patients. Means: patients are asked to present their insurance cards at the registration desks. Private patients are forwarded to the highest medical competence in the hospital or a doctor’s practice, the others need to wait longer and are forwarded to the assistant physicians. Homeless people have generally very limited or even up to no rights. And as we here in Germany have a compulsory health insurance system, many freelancers with a low income need to be insured with a high deductible. That means for healthy people under fifty years a monthly payment of about 200 to 350 Euro to their private insurances for a deductible of about 1500 Euro. It is more or less the cheapest option, one can find over here. Poor and diligent freelancers pay about 300 Euro per month from their low salaries and nevertheless need to pay almost every visit to their medical doctor by themselves. Thus, some of them are forced to rarer visit their physicians than other people.

I expect (and did not closer research about the current health management rules) that in times of a pandemic, all these differences are eliminated and that everybody is treated equally. Because: „…since the Second World War there had been no challenge for our country any more that depended so much on our common solidary acting.“ By the way I do not see any reason for any adulation of the performance of German physicians at this point in the midst of a pandemic situation. They are not automatically heroes, but instead simply well paid to do their jobs as good as possible. And whether they managed a good or bad performance, whether they respected an equality of corona patients and whether there were indeed some heroes, who performed even much more than they were originally paid for, will only come out, when the acute situation is over. I unfortunately met since I live in Berlin too many physicians, who seemed to think that main purpose of their career is to become able regularly buying new and expensive prestigious cars. Are such people now able to perform their jobs focussed to an aim to heal and without other ulterior motives? Generally, our health care system is a highly capitalistic system. But what we need now is a „solidary acting“, and not an opposing situation to the disadvantage of the poorer people. I hope for equality at least in times of such a disaster, actually represented by the global corona pandemic. 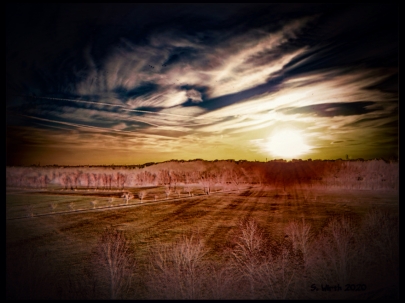 Although supermarkets are unlike other facilities announced to stay opened and although there are generally no bottlenecks for goods, one specific good is more and more difficult available: toilet paper. Panic buying people obviously think that the most important thing for a survival is toilet paper. What a ridiculous misconception!

I understand that people in the emergency of no toilet paper at all would not want to go into the forests and use the fallen leaves – as our prehistoric ancestors presumably did -, because they know, based on our successful modern educational system, that they might become infested by the fox tapeworm (Echinococcus multilocularis) that way, or even worse: that their human excrements, left somewhere on the forest ground, might infest the innocent foxes with our unpleasant pathogens or intestine parasites. In times of vegan and gluten-free lifestyles unthinkable! I was once told that they often used newsprint paper to replace toilet paper in times of the Second World War. But there would be problems with a hygienic disposal under nowadays conditions. So what to do in the emergency case of a toilet paper impoverishment? Let’s say generally in case of survival conditions, for example as extreme hiker somewhere outdoors in the Canadian wilderness. First we would need a self-burrowed deeper hole in the ground, additionally soap and water.

One specific character of the great apes, to which we humans systematically belong, is represented by very complex hand motor skills. They enable us to perform all kinds of things with these hands, as our finger tips are excellently innervated and the corresponding somatosensory cortex in our brain is incredibly well developed, thus well developed that we often do not need any additional tools at all in our daily routine, because our bare hands represent very flexible tools themselves.

„See how she leans her cheek upon her hand. O, that I were a glove upon that hand that I might touch that cheek“ (William Shakespeare, Romeo and Juliet)

For aesthetic and hygienic reasons we should not go such far, wishing to be a glove in between, but we theoretically could easily lean our cheeks upon our bare hands, and even more we are enabled to actively use our hand motor skills. Important would be only that they are afterwards very properly cleaned, at least with soap. Especially the tiny spaces between finger tips and finger nails would then deserve our very careful hygienic attention.

There are emergency cases imaginable, where our blank hands wouldn’t support us as they easily can in case of a toilet paper impoverishment. Take care that you are equipped with enough to drink and to eat and forget the toilet paper.

5 Kommentare to “They are well paid: Medical doctors do their jobs and are not automatically heroes;and toilet paper does not belong to the essentials”